Poco F4 5G vs Motorola Edge 30 detailed comparison: Which one should you buy?

Poco F4 5G vs Motorola Edge 30: Both smartphones flaunt a sleek design and come with an OIS-enabled primary camera. Which one should you pick? 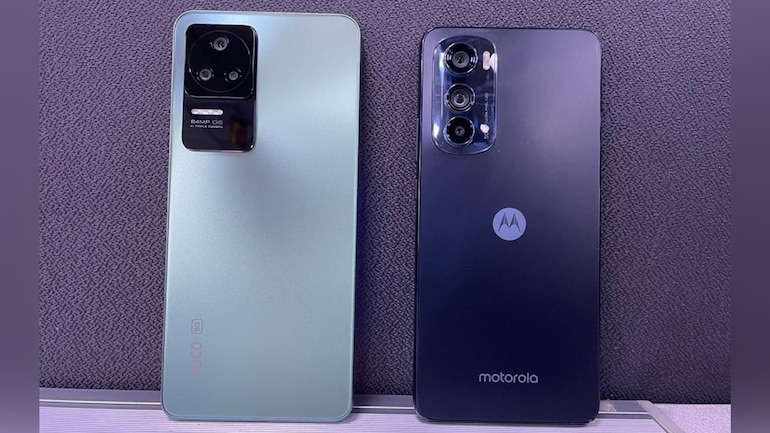 The Poco F4 5G recently launched with great fanfare, and the phone may attract a lot of customers because of its pricing. At Rs 27,999 for the base 6GB RAM and 128GB storage variant, we get a 64-megapixel OIS-enabled primary camera, 67W fast charging, a sleek design, and even a glass back. Now, smartphones may seem like a flagship-killer, but it is not the only device in this price bracket fighting for the top spot.

So, if you’re planning to buy a smartphone under Rs 30,000, here’s a detailed comparison review of the two smartphones.

Design: Both these phones flaunt a sleek design. In terms of looks, I find the Poco F4 5G much more appealing with its modern look. It also gets a glass back that has a smoother finish. The Motorola Edge 30, on the other hand, trumps when it comes to a sleeker design. Naturally, it weighs less than the Poco phone, and it is much lighter to hold and carry.

Apart from that, we get more or less similar ports, there’s a USB-C slot at the bottom for charging and no headphone jack. Both phones support dual-SIM cards with no hybrid slot for storage expansion. 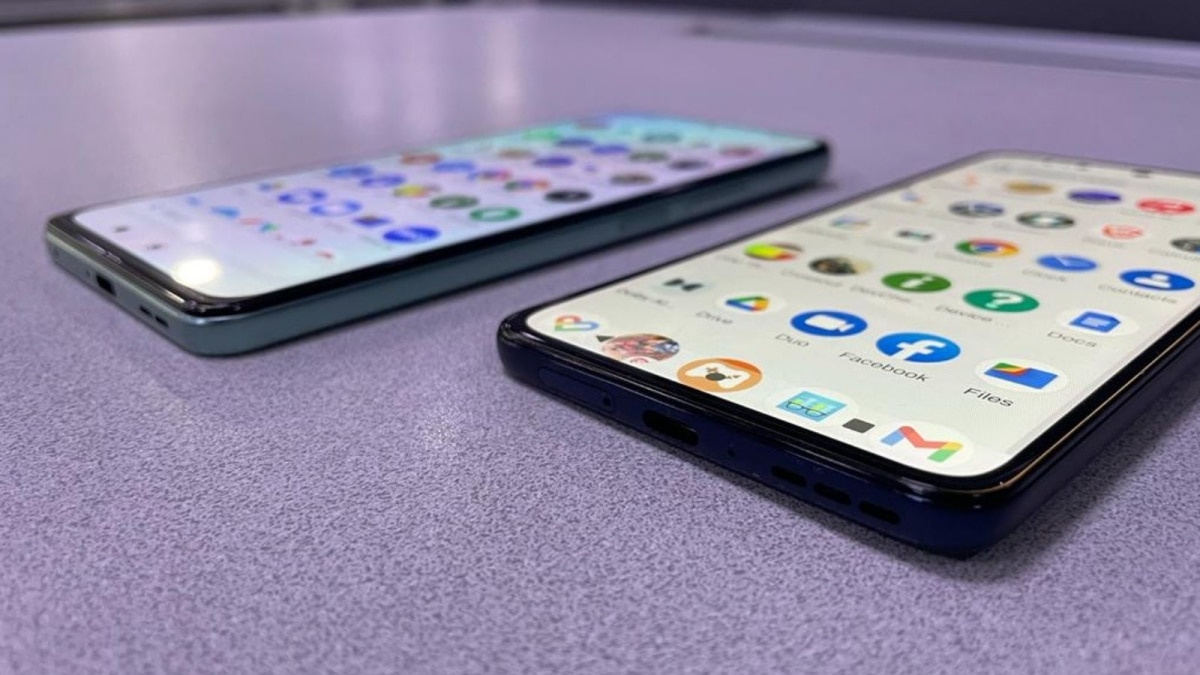 Overall, both these phones look good, but I will pick the Motorola Edge 30 simply because it is light, slim, and easy to use.

Under harsh sunlight, I find the Motorola Edge 30 offers better colours and brightness over the Poco F4 5G. Its display is also more favourable for games that demand a higher refresh rate.

Whereas, the Poco F4 5G is much more pleasant for the eyes at night, thanks to the E4 AMOLED display tech. The Poco phone also gets Dolby Vision and Dolby Atmos support, so watching movies with OTT apps is more wholesome. 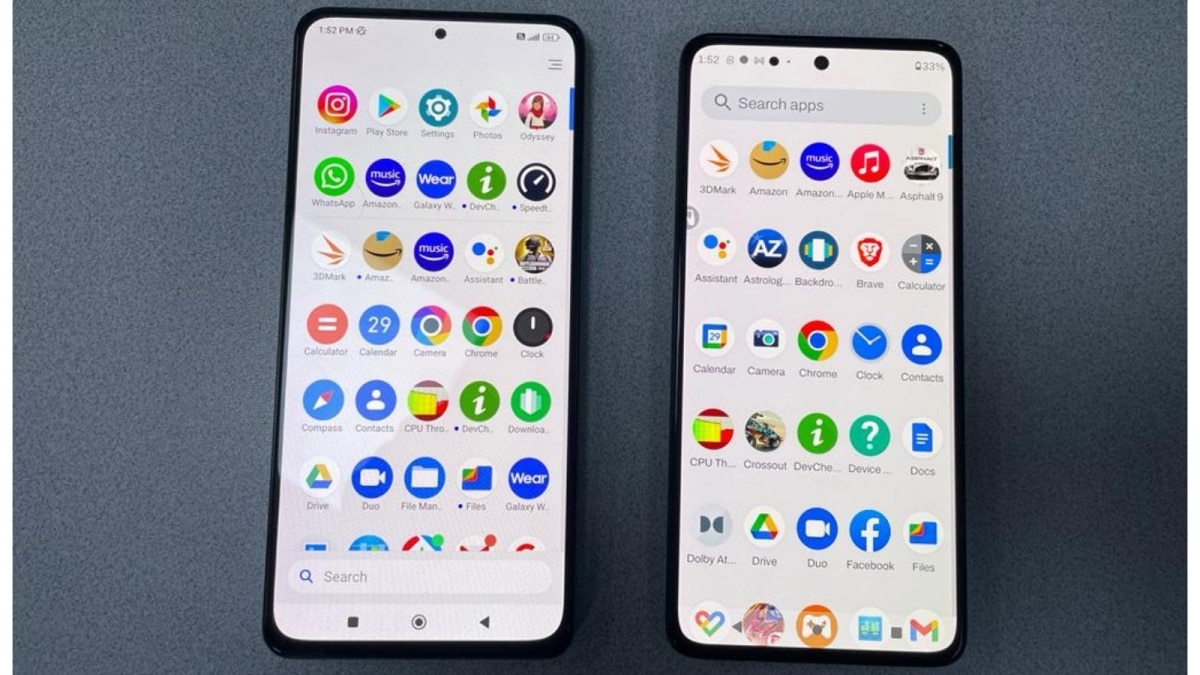 Processor: Both Poco and Motorola smartphones get LPDDR5 RAM tech and UFS 3.1 Storage. The new Poco F4 5G gets the Snapdragon 870 processor, while the Motorola Edge 30 features Snapdragon 778G+ SoC, which is a boosted version of Snapdragon 778G.

But aside from the numbers, both phones work perfectly fine without any signs of lagging. I played titles like Asphalt 9 and BGMI, and both worked without stutters. We also get Android 12 out of the box, but the Motorola Edge 30 is promised to get two years of updates. The Poco F4 5G, on the other hand, has two years of warranty. There is still no clarity on how many years of software updates you will get on the Poco phone.

Camera: The Poco F4 5G and Motorola Edge 30 promise a lot when it comes to cameras. Both phones get an OIS-enabled primary camera, but there are big differences. In terms of specifications, the Poco phone gets a 64-megapixel main camera, an 8-megapixel ultra-wide camera and a 2-megapixel macro camera. The Motorola smartphone gets two 50-megapixel rear cameras. There’s also a third is a 2-megapixel depth sensor.

Both primary cameras on the two phones offered more or less the same image quality. The photos in the daylight are sharp and vivid, although I found the Moto Edge 30’s photos a bit boosted – in a good way. There’s a visible difference in low light images, and the Poco F4 5G does not match up to the Moto Edge 30 in that department. Similarly, the ultra-wide camera on the Motorola phone offers more field-of-view and better colours. In contrast, Poco’s UW camera in the day and low light captured relatively grainier photos and the colours are a bit dull.

I didn’t find this sensor any good, but you can judge for yourself. The Edge 30 completely skips the macro.

When it comes to selfies, I find Poco’s 20-megapixel front much more appealing in terms of still images than the 32-megapixel shooter on Edge 30. Poco again offers better video stability in both 4K and Full HD modes. Whereas, the Motorola Edge 30 captures better colours so it’s a matter of choice and priority.

Battery: The Motorola Edge 30 carries a 4,020mAh battery unit, and the package includes a 33W TurboPower charger. With the bundled charger, the phone attained 50 per cent battery in 25 minutes, though 100 per cent charge takes a little over one hour. The Poco F4 5G comes with a 4,500mAh battery with a 67W charger, and the package includes a charging adapter with the same output. The phone achieved a 50 per cent charge in around 12 minutes, as promised by the company.

When it comes to the battery back-up, the Poco phone performed better as expected. It easily ran for an entire day with AOD on and a 120Hz refresh rate enabled.

Verdict: If we tally the overall performance, the Poco F4 5G offers a better display, performance, camera, and battery. The Motorola Edge 30 is definitely sleeker in design and the Android 12 UI experience is also friendlier. The good thing is that both phones are 5G ready and we get connectivity options like Bluetooth 5.2, though the Motorola Edge 30 has Wi-Fi 6e instead of Wi-Fi 6 support.

But if you ask me which phone to get, it is still a difficult choice. If your priority is a clean Android experience, Motorola Edge 30 is worth considering. But I will put my money on the Poco F4 as it offers better cameras.