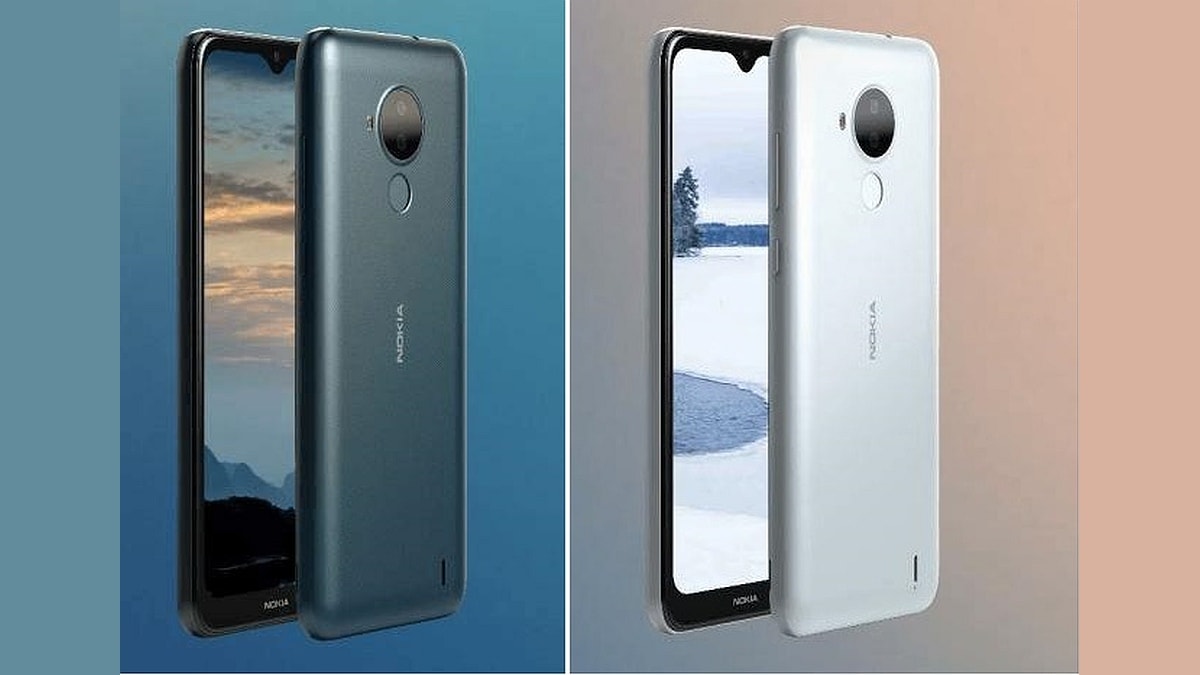 Photos of the Nokia C30 have been leaked by the Nokiapoweruer. In leaked renders, this smartphone can be seen in two colour options, green and white. In addition, the circular camera module is located for camera setup on the back panel of the phone, next to which flash is placed. The fingerprint scanner is present at the bottom of the camera module.Also, Nokia branding exists in the middle of the back panel. Coming to the front, a waterdrop-style notch can be provided for a selfie camera on the phone.

The Nokia C30 smartphone can have a 13-megapixel primary camera for photography and will have a 5 megapixel camera for selfies. Connectivity options will include dual SIM support, Wi-Fi, Bluetooth V4.2, GPS, micro USB and 3.5mm headphone jack. The phone will have a rear mounted fingerprint scanner. The dimension of the phone will be 169.9×77.8×8.8mm and weigh 191 grams.

As we mentioned, the Nokia C30 smartphone has reportedly been listed on the US FCC certification website last month. The listing indicated that the model number of this phone would be TA-1357 and would come with 5,850mAh batteries. It will also have a dimension of 177.7×79.1mm.